The Lost Art of Letting Go

Three years on from the release of her fantastic debut album ‘Sucker Punch’ and an incredible set at that year’s Electric Picnic (at which she cried tears of joy at the crowd’s reception to tracks such as ‘Strangers’ and ‘Don’t Kill My Vibe’), Norweigan pop songwriter Sigrid is back with her brand new album ‘How To Let Go’, a more alternative take on her previous pop releases.

Born in Ålesund, Sigrid began playing music at the age of 7 when she was introduced to the piano by her mother, before beginning singing lessons at the age of 13. By 17, she was fully embracing the creative lifestyle, going as far as starting a band with her sister Johanne.

In 2013, Sigrid released her debut single ‘Sun’, the success of which saw her signed to Petroleum Records. Three years later, she wrote and recorded her breakthrough hit ‘Don’t Kill My Vibe’, which caught the attention of execs across the music industry and got her signed to Island Records.

Within two years, she had won BBC Music Sound of 2018 award and had featured on the soundtrack to DC’s Justice League movie. 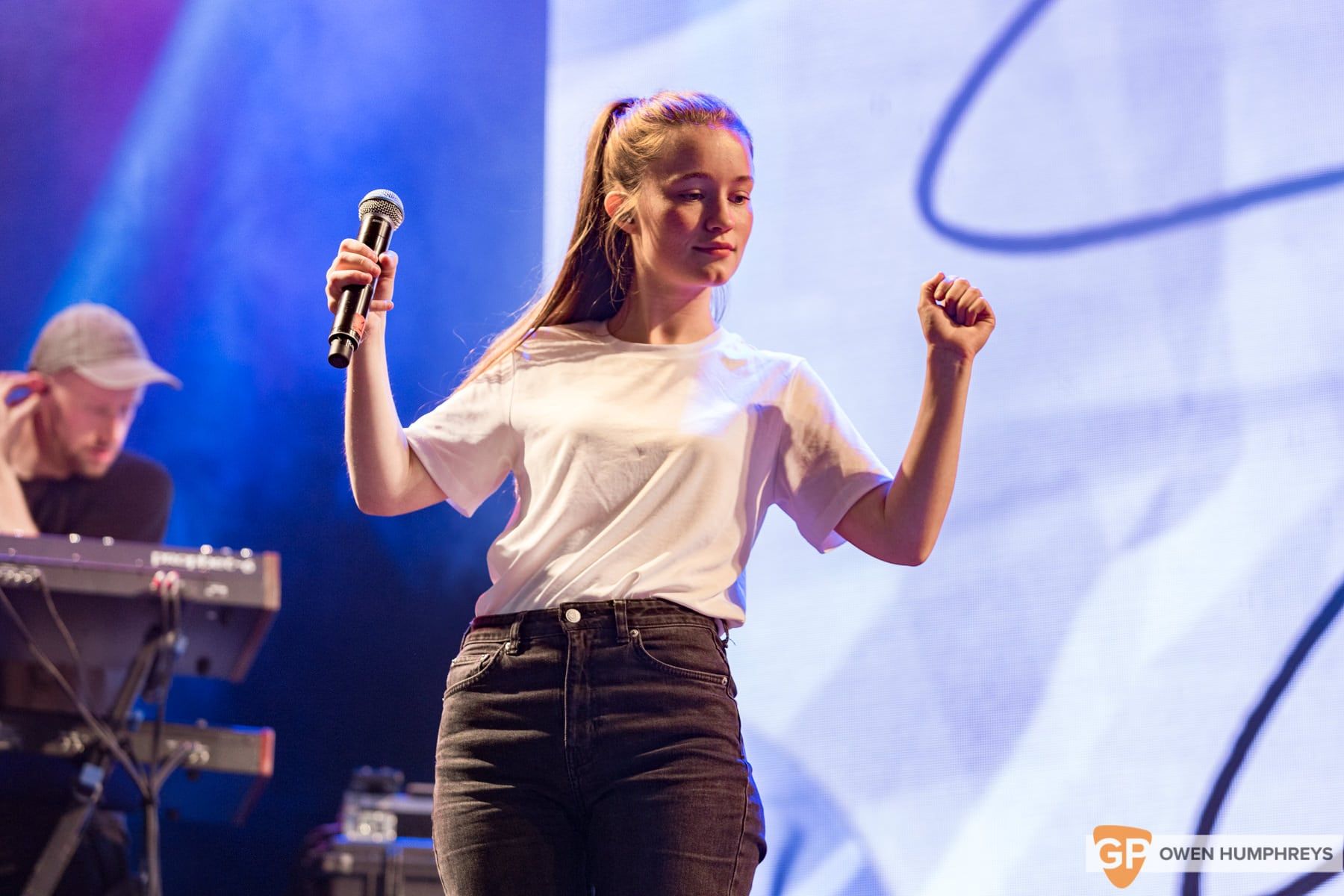 Following tours with the likes of Maroon 5 and George Ezra and festival slots at The Great Escape and Glastonbury, Sigrid slowly began releasing tracks from ‘Sucker Punch’ in the run-up to its release. Written and recorded in vans and studios mid-tour, it took over the world and highlighted Sigrid as one of the most remarkable pop talents of her generation.

By the time 2020 arrived the decision had been take to commit the year to writing her next album. What had originally been conceived as a year touring studios across LA, London, Paris and New York turned into a home retreat, as Sigird moved back in with her parents at the onset of the pandemic.

What followed was a period which Sigrid admits brought something of an identity crisis. She initially struggled to get used to a slower pace of life off the road in Norway. Sigrid found herself questioning who she was, and how much of her personality and worth was wrapped up in being a touring pop star.

‘How To Let Go’ is a reflection of that struggle, and collaborations with the likes of Griff and Bring Me The Horizon offer an insight into the duality of Sigrid, the importance of balancing the girl on the road with the one at home. Sigrid sat down to discuss the run-up to the album, collaborating for the first time and learning to let go of who you think you are in favour of who you truly are.

2020 was meant to be a writing year for you, but the pandemic meant you spent it in Norway and Sweden rather than LA. What has it been like readjusting to things over the past 2 years?

“It’s been a whirlwind. I felt like it was amazing when everything happened for me a couple of years ago and being on the road for two, three years and then everything stopped when the world shut down and I moved home with my parents for a couple of months; which was strange to go back to the role of being the teenage daughter, from being very self-sufficient, used to my own company and life as a touring artist.

“I’ve written an album, I’m very proud of it and now I’m going on tour and I couldn’t be more excited, I’m really really happy and excited to be back”

You had more time to delve into different genres and different artists. How much has that influenced the more alternative aspects of your songwriting on the album?

“But bands and artists I’ve listened to making this album, everything from War on Drugs to Tame Impala, Kacey Musgraves, Joni Mitchell, Neil Young, Coldplay as always, you can hear it all”

You’ve spoken openly about the crisis of identity you had when you were no longer a touring musicians but rather a musician who was writing songs in her bedroom. How did you get past that and past defining yourself as your job?

“We’ve all done that, definitely, but I feel myself cringe whenever I read back on things like that I’ve said. I know I said it, it’s true, but I feel like that’s a phrase that’s catching up with me now, that I called it an identity crisis, because it sounds so bad. Maybe I had an identity crisis for a couple of weeks but I’m good now.

Everyone did really, but I definitely lost a part of my life that I loved the most in touring. I wasn’t able to connect with the fans live and that’s my favourite part of doing this, I’m an artist because I want to perform my songs live, I want to be on tour and i want to live on the tour bus.”

“I want to do weird stuff. I want to go horseback riding in Oklahoma, one of my favourite tour memories, and those are the things I love and the reason I do everything I do. I just missed that a lot and making this album definitely the light at the end of the tunnel, having this music to focus on was great”

Do you think the change in your sound was easier having not had the opportunity to perform for an audience for two years, rather than maybe having to introduce things slowly bit by bit as you were touring ‘Sucker Punch’?

“It’s interesting to think. I don’t think we would have come to this sound if it wasn’t for the break, but having said that we wrote ‘It Gets Dark’ right before the pandemic, in January or February 2020, so even with that song I knew this new record was going to be a lot more guitars, a lot more live instruments and a lot more rock-influenced.

What’s it been like working and collaborating with the likes of Griff and Bring Me The Horizon?

“It’s been so cool. I also really believe in everything in its time. I think on the first record I just wasn’t that ready for collaborations. It was important for me to have that album full of my songs, and for this record it was like a switch and I felt ready now. I thought it could be cool. Both of those collaborations just happened very organically, and I’m not just saying that to be cool but it’s actually true.

I met Griff at an event in London and we’ve loved each other’s music for a while but just never met up because of touring schedules. So we met in London, had some pizza and said decided to go to the studio a week later. We did and we wrote ‘Head on Fire’.

We almost didn’t finish it because we were just going to the studio to hang out, but then thought ‘Fuck, we best finish this’, even just so our teams knew we did some work. We finished ths song and a couple of months later we came back, finessed it and put it out.

With Bring Me The Horizon, we’ve been fans of each other for years and then I met Jordan from Bring Me at Reading last year and he said he had this demo, of ‘Bad Life’, and he asked me to come to the studio and try it out. I did, I rewrote my section a bit and me, Ollie, and Jordan finessed it and now it’s out”

What do you want people to take from ‘How To Let Go’?

“I hope that the record can have reminders. I do think there’s a lot of positive messages on it, and lot of self-love on it and it’s a lot of reminders that it’s okay to take things at your own pace, be accepting of yourself. The risk of getting hurt is a little push, because if you do put yourself out there and do things that are a bit outside your comfort zone you’ll get so much back from it,

I tell myself that all the time, even now. ‘Burning Bridges’ is about having to sometimes let go of people who aren’t right for you, ‘High Notes’ is basically a reminder to live, it sounds so cheesy but to properly live life. The chorus is ‘I want to go out on a high note’ and I truly mean that, I really want to make sure that I’ve done everything I want to do when I’m here”