“I don't think that I've reached my final form yet”

Lizzy McAlpine’s journey from Internet covers kid to Grammy nominated artist has been interesting to watch. With over 350 million streams to her name on Spotify alone, there can be no denying that McAlpine is a superstar in waiting.

Her second album, ’Five Second Flat’,is a sumptuous, velvety affair, leaning into the darkness of young adulthood that features appearances from Jacob Collier and Finneas.

Songs such Doomsday highlight McAlpine’s ability to turn her inner monologue into intricate cinematic lyrical refrains that read more like screenplays than songs.

We caught up with the Philadelphian songwriter the day after she opened her European tour with the first of two sold-out shows in Dublin’s Button Factory. 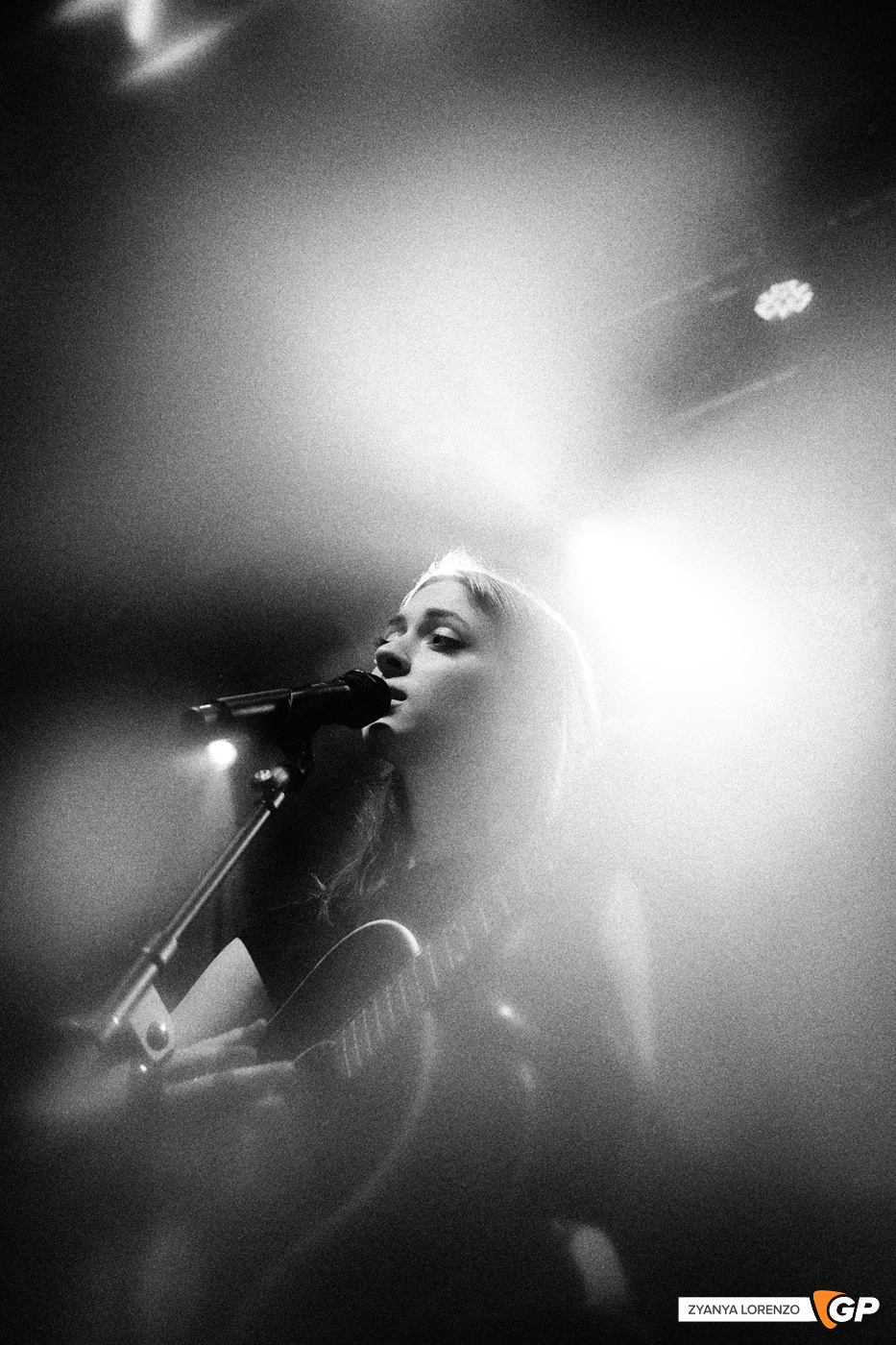 “I don’t think that I’ve reached my final form yet,” says McAlpine when we enquire if ‘Five Seconds Flat’ represents how she always intended to sound. “I think that is who I was at the time I wrote the songs. I think that all of my albums will probably sound very different”

“I’m just making music that is true to who I am as a person and a musician at the time that I’m writing them and that’s always changing, so, I feel like ‘Five Seconds Flat’ was just where I was at when I was writing those songs and the next album will not sound like that. I don’t know if I will ever stick to one sound,”

The album is accompanied by an impressive short, the Five Seconds Flat Film, which highlight McAlpine’s long-running love of film.

“I’ve always been interested in screenwriting and in making films,” explains McAlpine. “It’s been a part of my life forever and I really wanted to incorporate that into my music.”

While Lizzy McAlpine is laser-focused on her music career, it’s safe to say that the Five Seconds Flat film will not be the last film project she is involved with.

“I almost went to college for acting. I was very close to doing that. I was a theatre kid in high school. I love acting so much and it is definitely very high up on my list of things that I want to do.”

Doomsday, the opening track from ‘Five Seconds Flat’, is a great example of McAlpine’s ability to transfer her ideas successfully to both song and film.

“I wrote that song (Doomsday) about my first real relationship,” states McAlpine of the break-up song in which it feels like the sword of Damocles is about to drop throughout. “It’s kind of just about how I knew that the relationship was not great. It was very toxic and it was probably not good for either of us

“I would never have ended it with him because I was so in love with him, but I could tell that he was probably going to do it at any moment and I wouldn’t have any say in it because he was just, like, not a great person.”

One of the album’s other big moments is Erase Me featuring Jacob Collier. Reminiscent of ‘Tidal’ era Fiona Apple, Erase Me showcases McAlpine’s vocal chops and her ability to create atmosphere in realms well beyond indie folk.

“He was really the mastermind behind all of the vocals,” she says, quick to credit Jacob Collier for his input on Erase Me.

“I think that we are on the same wavelength a lot when we work together and it’s really fun,” says McAlpine, explaining why they work so well together.

“We just kind of just lock in, especially when we were recording our song Never Gonna Be Alone. We were just doing all the harmonies and we were bouncing off one another and we were just locked-in – it was really fun.”

Never Gonna Be Alone, which also features John Mayer, went on to win McAlpine and co. a Grammy nomination. The trio recently got to perform the song together live for the first time an experience that McAlpine describes as “very, very fun.” Fans will be delighted to know there is a prospect of more music from Mayer and McAlpine to come.

“I don’t know about the next album, but we have definitely done a couple of sessions together.”

“I don't think that I've reached my final form yet”

“I just DM’d him on Instagram,” laughs Lizzy McAlpine when we enquire how Finneas came to appear on Hate To Be Lame. “I was like ‘I have this song I’m working on if you would want to hear it’ and immediately he was like, ‘yes, please send it to me’, and the rest is history.”

And by the sounds of it, McAlpine isn’t afraid to slide into your favourite artist’s DM with a song offer.

“If there’s somebody who I really want to work with I will definitely just DM them because I feel like that is the best way to do it.”

One of Lizzy McAlpine’s other frequent collaborators, Ben Kessler, is along for the ride opening shows on this leg of the tour. McAlpine is more than grateful to be able to call upon her friend to join her on stage throughout the tour

“Last night we did False Art and tonight we’re going to do Reckless Driving,” says Lizzy adding, “We’re planning on switching it up every night.” 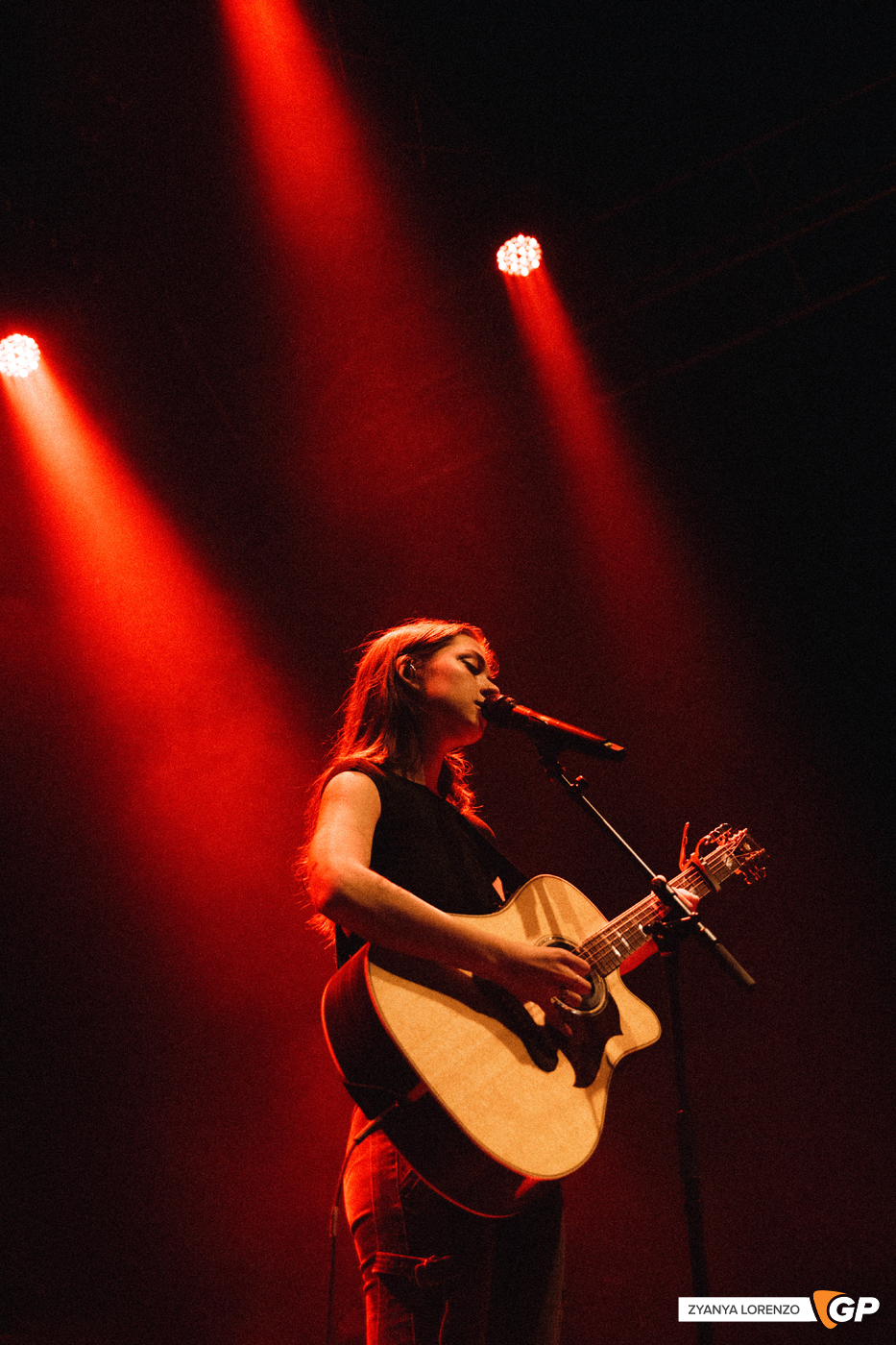 “I mean that’s definitely my vibe,” she says, laughing at the mention of her dark take on Wheatus’ Teenage Dirtbag, which the band have since give their seal of approval to. “I was not expecting them to see it but that was really cool.”

“It’s kind of a song that’s been on my radar for a while… I needed to pick a cover for when I opened for Dodie in February/March of this year, so, I thought why not pick that song. It’s a great song and I feel like I could do a pretty great cover of it”.

As McAlpine’s career goes from strength to strength. She’s starting to appear on late-night talk shows and achieve milestones from her childhood bucket list, including most recently her appearance on Tiny Desk Concert

“It was so much fun,” she enthuses. “It honestly didn’t hit me until I saw a picture of myself behind the desk and then I was like, ‘Oh, it’s actually real.’

It says something quite significant about Lizzy McAlpine’s worldview that she was keen to share this career milestone with her friends, Tiny Habits. She is clearly adamant about paying it forward whenever she can.

“I always want to try and champion artists who are maybe a little smaller than me or starting out. I just feel like if I have the opportunity to do something like that, I will, because I was in their position once.